October 2 – Harrisburg, Pa. – The Education Policy and Leadership Center (EPLC) today presented former Chairman of the State Board of Education Council on Higher Education, Dr. Francis “Mike” Michelini, with the Edward Donley Education Policy Leadership Award. Dr. Michelini has had a long and successful career as educator, education leader, and education advocate, and has been one of the most influential voices for effective education policy both in the Commonwealth and nationally.

Dr. Michelini was first appointed by Governor Tom Ridge to the State Board of Education in June 1995 and served for 20 years as an active member of the Board.  He was named chairman of the Board’s Council of Higher Education by Governor Mark Schweiker in 2002.  As Council Chairman, he oversaw major revisions to regulations governing the preparation and certification of professional personnel in public schools; guided the crafting of a Master Plan for Higher Education; and provided strategic leadership for proposing modernizations to the Master Plan.  He played a key leadership role in enriching the Board’s policymaking by adding a student voice to its deliberations, helping to secure grant funding to establish seats for student members; chairing the Ad Hoc Committee that designed the current student membership program; and serving as the Board’s liaison to its student members. Dr. Michelini’s tenure on the State Board of Education followed his service as President of the Commission of the Independent Colleges and Universities of Pennsylvania (now the Association of Independent Colleges & Universities) from 1975 to 1991, which he founded as the only statewide organization that serves exclusively the interests of private high education within the Commonwealth, and exists to complement and support the work of campus leaders.

Dr. Michelini previously served at Wilkes College from 1962 to 1975, , first as Dean of Academic Affairs for eight years, and then as President for five years.  During his time as President, he led the college in its incredible rebuild after the devastation of Hurricane Agnes in 1972.  Prior to his time at Wilkes, he was a biology teacher for seven years.

Dr. Michelini has been a constant presence and voice at EPLC’s policy forums, finance symposiums, and other major events throughout the past seventeen years.

A former President and Chairman of Air Products and Chemicals, Inc. and former Chairman of the U.S. Chamber of Commerce, Ed Donley served as a member of the Pennsylvania State Board of Education from 1991 to 2006.  He also served as a member and chair of the Board of Directors of The Education Policy and Leadership Center from 1998 to 2007.  In addition, Ed’s great strength and involvement in education is demonstrated by his service for more than two decades as a member of several other state and national boards, including the Council for Higher Education Accreditation, the National Assessment Governing Board, the Teacher Education Accreditation Council, the U.S. Chamber of Commerce’s Center for Workforce Preparation and Quality Education, the Middle States Commission on Elementary Schools, the Council for Aid to Education, the National Center on the Educational Quality of the Workforce, Pennsylvania Partnerships for Children, Good Schools Pennsylvania, and Standards Work, Inc. 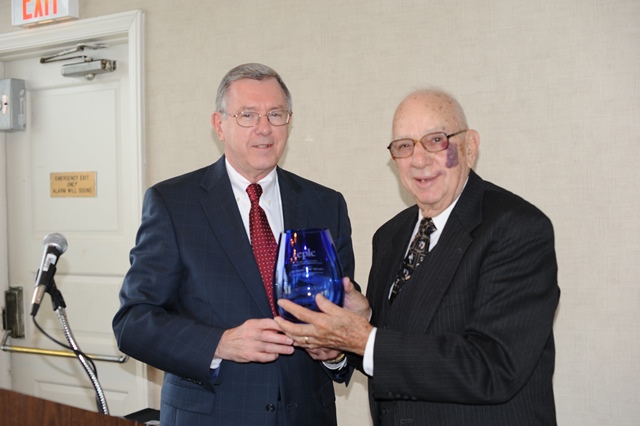