EPLC Celebrates Its (40!) New Graduates of the 2015-2016 Pennsylvania Education Policy Fellowship Program and Honors Two Alums of Past Programs With Its EPLC Leadership Program Alumni Award

On June 8, 2016, EPLC held a luncheon to honor the 40 new graduates of the 2015-2016 Pennsylvania Education Policy Fellowship Program and to present two alums of past Pennsylvania EPFP cohorts with its annual EPLC Leadership Program Alumni Award: Eric C. Eshbach, Ed.D., Superintendent of Northern York School District and Susan Gobreski, Director of Community Schools with the Mayor’s Office of Education in Philadelphia. At the luncheon, EPLC also thanked the graduating Fellows’ sponsors who supported their colleagues during their participating in the 10-month program.  In addition, EPLC expressed its thanks to the individuals who presented to the Fellows during the program year. 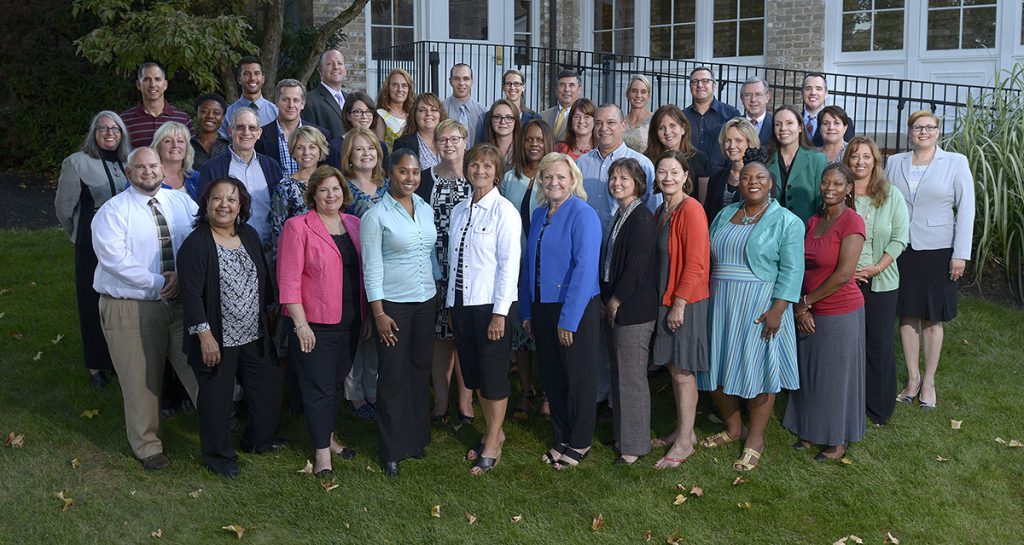 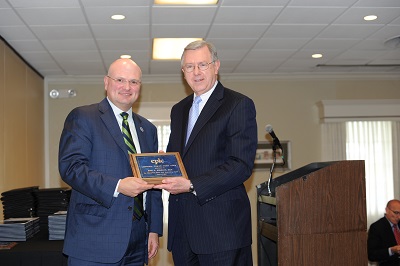 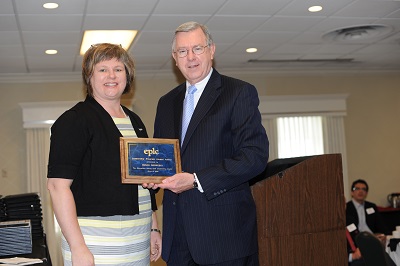 Participants in the Fellowship Program hold full-time positions in diverse organizations at the local, state, and national levels.

The Fellowship Program is hosted by The Education Policy and Leadership Center and is finishing its sixteenth year in Pennsylvania.  It has a 52-year history nationally as a program offered by the Institute for Educational Leadership based in Washington, DC.  IEL continues to support the program through its network of state affiliates.

The EPFP is supported by a national and state network of resource people and peers who have a track record of accomplishment in research, policy development, and effective practice in education, child development, and human services.

Please click here for additional information about the EPFP, including the 2016-2017 program application.

Eric C. Eshbach, Ed.D.
Eric Eshbach graduated with the 2003-2004 EPFP class while serving as Superintendent in the Upper Adams School District.  Since August 2012, Eric has been the Superintendent of the Northern York County School District. He also served on the American Association of School Administrators’ Board of Governors, and as a Board Member and later Board President of the Pennsylvania Association of School Administrators’ – PASA. As Chairperson of PASA’s Legislative Committee, he regularly represents Pennsylvania school leaders before the House and Senate Education Committees and other state policymakers.

Before becoming Superintendent in the Upper Adams School District, Eric served as Assistant Superintendent there for nearly four years and earlier as the Assistant Superintendent in Quaker Valley School District. He also has experience as an assistant elementary principal and as a fourth and fifth grade teacher. In addition, Eric has been an Adjunct Professor at Penn State University, as well as a member of the Effective Classrooms Committee working with the Pennsylvania Department of Education to develop a professional development program for school building and school system leaders.

Under Susan’s leadership, Education Voters of PA played a significant role in the Pennsylvania School Funding Campaign and the more recent Campaign for Fair Education Funding. Her work has helped to mobilize concerned citizens across Pennsylvania to be engaged as advocates for education funding reform.

Her work to help motivate, prepare and organize public policy advocates has taken other forms as well.  She frequently provides training and strategic planning support for various organizations, served for two years as a member of the faculty of the Center for Progressive Leadership, and currently serves on the board of the PA Women’s Campaign Fund, a bi-partisan effort to help elect women in Pennsylvania.

Previously, Susan served as Pennsylvania State Director and National Campaign Director of the League of Conservation Voters and also worked as a a Community Organizater with Clean Water Action.